Man with prosthetic leg from Arizona arrested for 7th DUI 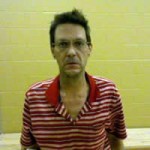 SILVER CITY – Police reports confirm that a 52-year-old man with a prosthetic leg was arrested for his seventh DUI on Highway 180 near Gila, New Mexico. He belongs to Arizona.

The incident took place on Thursday at about 6:30 p.m. when a Grant County sheriff’s deputy stopped a white minivan being driven by Lane R. Roberts and arrested him. He was later put through a battery of roadside tests which he could not pass.

Sources told that the department received a call from an anonymous caller that there was a drunken driver in a white minivan heading toward Silver City. The vehicle was later located by a deputy who pulled it over.

Lane R. Robert has a big record regarding DUI. It is mentioned on the New Mexico Courts website that in Alamogordo, Roberts pleaded guilty to DUI in 1988 and that was his second offense.

This was not the end. Later, on November 18, 2001, he was arrested again for DUI and this was his fifth DUI offense. He would have been charged with his sixth DUI on Feb. 13, 2002 due to another violation. However, his fifth and sixth DUI cases appeared to have been combined and on Feb. 21, 2001 he pleaded guilty to a charge of third DUI. As a result of this, he was sentenced to 364 days jail with 182 days suspended for a total of 182 days, with the rest served on unsupervised probation and with 25 days in jail in lieu of fines to run concurrent with the previous sentence.

Roberts was being held at the Grant County Detention Center on $6,000 cash or surety bond. However with Roberts, an address in Duncan, Arizona was shown on Court paperwork.