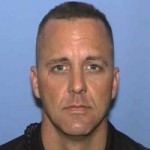 TEMPE, AZ – The main purpose of Tempe Police Department specialized squad is to keep intoxicated drivers off the roads for the safety of citizens.

Todd Long, 17-year veteran, is on the DUI squad. He has spent his career making people safe by arresting and charging impaired drivers but now the prosecutions of his many cases are in danger.

According to attorney Scott Maasen, “The arresting officer is key in a DUI investigation. They have to be available. They have to be interviewed, and they have to come to court if a judge requires it.” Maasen defends the accused impaired drivers in several valley cities.

According to CBS 5 News, Long was dragged from the streets almost two and a half months ago. He was put on administrative paid leave. He was accused of lying under oath while getting a warrant to take blood for testing from a suspected impaired driver. The report shows that he deceived over the phone, and acted as another officer which is against the law, rules and regulations. The investigation for Long’s false swearing was done by the Tempe police. According to the State law, false swearing is a class six felony.

Long’s case was transferred to the Maricopa County Attorney’s Office but he was not charged. The MCAO spokesman said that the reason for not charging was “no reasonable likelihood of conviction”. Long was not charged, but his name was entered in the Officer Integrity List, which is a list of officers who have lied on duty. Long remains on leave during an internal affairs investigation, due to which his open DUI cases can get dismissed.

Maasen said, “The cases would essentially have to be dismissed because there wouldn’t be really no way for the state to prove the case. In every criminal case, the state has to prove guilt beyond a reasonable doubt”.

Due to Long’s current status, the state and the defense attorney have appealed to dismiss his last 2 pending impaired driving cases. One case was of a drunk driver whose BAC level was twice the legal driving limit and the second was a high-profile DUI case against a Maricopa County Sheriff’s Office supervisor named Lt. Aaron Brown.

Maasen worries for the accused impaired drivers who do not have attorneys for their defense. Maasen said, “When the government is trying to prosecute or charge someone with a crime, they need to play by the rules. They need to share the information”.

CBS 5 News wanted to get information on how the city prosecutor, public defender and Tempe’s police chief are solving Long’s pending DUI cases and if the accused impaired drivers, who do not have attorneys, were notified of Long’s status and his inability to testify if the case went to trial. According to records, Long had arrested and charged almost 100 DUI drivers between 1st of August to 18th of January. CBS 5 News asked to tell them about Long’s disclosed, settled and plea-bargained DUI cases. However, their repeated requests for interviews have been refused by the city and the police department.

“I’m sure there have been people in this process where that’s probably occurred. And sure, I mean, that would strike me as being very unfair,” said Maasen.

After many weeks of inquiries, the city issued a general statement through its Media relations manager stating that “The Tempe Police Department and the Tempe City Prosecutor’s Office remain committed to upholding and seeking justice. With regard to the cases that have already been dismissed, they have been dismissed without prejudice, meaning they can be re-filed in the future depending on the circumstances of each case. While we will not comment on any specific pending cases, it is the intent to prosecute them to the fullest extent possible”.

The city told CBS 5 News that more information will be given after the completion of an internal investigation.