Defensive Driving and Its Benefits

Defensive driving is one of the best ways to stay safe while on the road. With defensive driving skills, any driver can steer clear of possible collisions caused by various factors, from poor weather to potential DUI offenders.

One of the top defensive driving strategies out there is being at least a car length behind the vehicle in front of you. With that ample distance, you will have more time to react and hit the brakes if the car you’re following suddenly comes to a screeching halt or makes any sudden moves.

A defensive driver’s car typically doesn’t have to visit the shop that frequently, unlike the ones driven by more aggressive drivers. People who drive aggressively often wear out their brake pads and tires due to constant braking. Defensive drivers, on the other hand, operate their vehicles with care. They very rarely, if ever, need to hit the brakes violently, since their defensive driving often assures them that they don’t have to do anything like that.

Auto insurance companies also love defensive drivers, as they hardly get into any road mishaps, and therefore don’t file an insurance claim that often. Those who drive defensively also benefit from their much better safety outcomes, since auto insurance providers won’t need to raise their premiums.

If you want to enjoy the benefits of defensive driving, following all the road safety rules listed in the infographic below would be a good start. 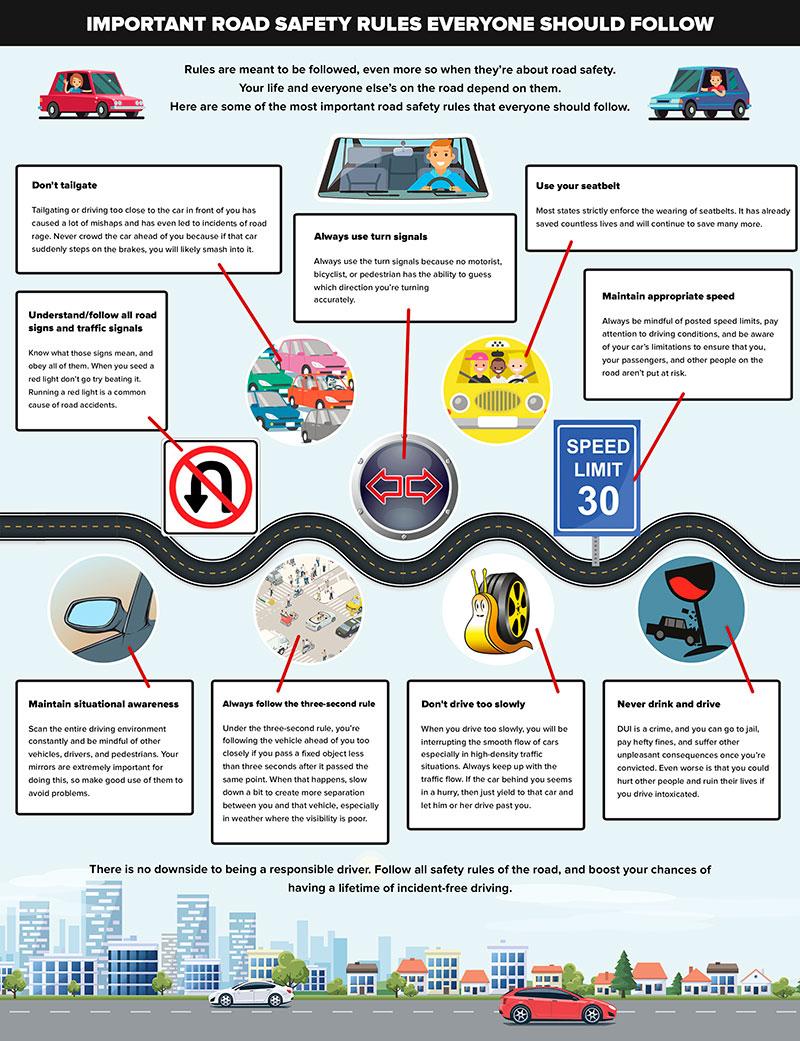