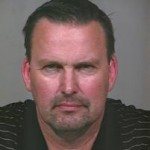 PHOENIX – The former first baseman with the Diamondbacks and the Chicago Cubs and broadcaster, Mark Grace, said that he blames himself not the team for firing him. He had a court hearing on Wednesday for his DUI case and a status conference in the case was scheduled for January 13, 2013.

In August, he was arrested in Scottsdale for DUI and this was his second arrest in the past 15 months. He pleaded not guilty to the four felony counts of DUI in October. He was indicted by a grand jury on October 3, 2012.

His trial is coming up in March; he is scheduled to appear in court on 19th of March. A trial management conference has also been scheduled for March 14, 2013 at 8:30 a.m.

Though Grace was fired from the Diamondbacks following his recent DUI arrest, and was announced to no longer serve as a broadcaster for the team, the team invited him to take part in a fantasy camp now under way in Scottsdale.

According to Diamondbacks President Derrick, the team supports Grace and hopes to see him back in the organization in the future. Derrick said that Grace is “family”.

The Arizona Republic quotes Grace as saying Monday he was “happy to grab that olive branch.”

Paola Boivin of the Arizona Republic told that Grace has a chance to get leniency in a settlement.”He was pulled over for driving a car with expired registration tags, police said. He also was found to be driving on a suspended license and without a court-ordered ignition-interlock device, according to police. It is possible that the case won’t go to trial if a plea is offered and a settlement is reached.”