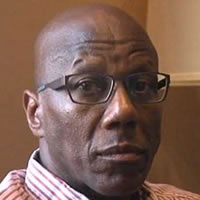 PHOENIX – On Thursday, a report was released by the City of Surprise on the interactions police have had with Jessie Thornton who is suing the city over a dismissed driving under the influence case. Thornton is seeking $500,000 from the city of Surprise for his arrest on a driving while intoxicated charge even though a breath-alcohol test showed he was not under the influence of alcohol or any drug.

According to the report, Surprise police contacted Thornton 7 times for traffic-related incidents and from those 7 times, he was only charged 2 times.

On 7th of December, Thornton was asked to stop in the Phoenix suburb of Surprise and was charged with DUI. Approximately after 2 months, the misdemeanor DUI charge was dismissed after a blood test showed no signs of drugs or alcohol present in his body as he had not consumed alcohol.

Thornton is black, so he claimed in the lawsuit filed by him in late April that he is the victim of racial profiling and harassment by Surprise police.

The 64-year-old retired firefighter had crossed a white roadway line said police. He had bloodshot eyes and he had taken prescription blood-pressure medication. He was asked to perform a field sobriety test and tried to keep his balance while performing a field sobriety test.

Marc Victor, Thornton’s lawyer said that his client’s eyes were bloodshot because he had just returned from swimming at a gym and that he was suffering from knee and hip problems at the time.

On Monday, messages left at the Surprise Police Department were not immediately returned.

Mr. Sloan has spent the last 14+ years focusing his attention on DUI representation. He has done more than 100 felony trials and has earned numerous favorable results for his clients, including Not Guilty verdicts, dismissal of cases, and beneficial plea agreements.
Home > Blog > Man wrongly accused of DUI suing over dismissed DUI