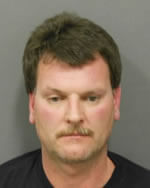 A traffic stop was conducted by the Deputies in the 3100 block of Lake Drive where Radley was stopped. They smelled odor of alcohol coming from inside the vehicle. When deputies asked him if he had been drinking, he accepted that he had been drinking alcohol.

He was transported to the Mohave County District III Substation, where an analysis revealed his BAC level to be 0.233 percent.

Mr. Sloan has spent the last 14+ years focusing his attention on DUI representation. He has done more than 100 felony trials and has earned numerous favorable results for his clients, including Not Guilty verdicts, dismissal of cases, and beneficial plea agreements.
Home > Blog > Man arrested for super extreme DUI in Arizona