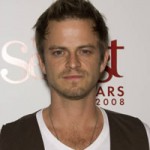 39-year-old actor, Carmine Giovinazzo, was charged with drunk driving in Arizona. He is known for his role on two CSI spin-offs.

The incident took place on Jan.21 in Scottsdale and he was arrested in the Phoenix suburb.

Police said that the actor was “immediately apologetic” after his arrest. A booking photo of Carmine Giovinazzo was released by the Scottsdale Police.

According to police, Giovianazzo, who lives in California, initially claimed that he was lost and distracted trying to work his GPS after a traffic stop but then he confessed of drinking scotch at a nearby hotel before driving friends and himself. Police appreciated his polite behavior. He was booked at a nearby jail after a field sobriety test which blew nearly twice the legal limit of 0.08 percent.

The arresting officer reported that “he thanked me many times for not treating him like a criminal and showing him respect.”

“Carmine was very polite and cooperative with me throughout the investigation,” he further added.

The actor is best known for playing Detective Danny Messer on the TV series CSI: New York and CSI: Miami. He also appeared in the TV version of “Buffy the Vampire Slayer” and is starring in the upcoming movie “Duke” as the lead.

Carmine Giovinazzo is recently single. He is facing some domestic problems as in August 2012, his wife, Vanessa Marcil, filed for divorce after two years of marriage citing “irreconcilable differences.”