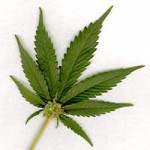 PHOENIX – The Arizona Supreme Court is being asked to review a ruling on DUI testing for marijuana. The ruling, passed by a lower court in Arizona, came forward according to which marijuana smokers can be prosecuted for driving under the influence of intoxicants even when there is no evidence that the blood alcohol levels are actually high.

In case of marijuana, there are chemical compounds that appear in blood and urine tests even after many hours of smoking pot which is becoming an issue. This issue arose from a motorist’s blood test. The alcohol blood test of that person showed only a chemical compound. That chemical compound is produced after ingested marijuana breaks down.

On Feb. 12, the Court of Appeals overturned a trail judge who was against the DUI test for marijuana. He said that it does not make sense to prosecute someone with no evidence to show that they are under the influence while driving. However, sources said that the Supreme Court will receive additional legal briefs regarding DUI test for marijuana before deciding finally whether to hear the case or not.